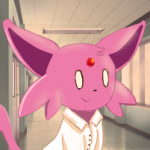 Hi Zabidenu! I'm just here to tell you that your nomination of DJ Kridlokk:Lainaan Enkä Palauta has won Song of the Day for May 11, 2014!
Thanks for nominating a song and for contributing to LyricWiki!
-ÜberBot (talk) 06:59, May 11, 2014 (UTC)

I think it's best we keep the list Numbered, not bulleted. However any useful additions would be most appreciated! cheers ES (talk) 12:04, December 8, 2014 (UTC)

I beg to differ - the songs are sorted in alphabetical order on that page, and there's no method to sort them by an in-game attribute to justify the usage of numbers. Also, I shouldn't have to tell you to pay attention while undoing - not only bullets and numbers are mixed now thorough the page, but in the same edit, I added alternative versions of songs that have differing lyrics and should be listed as well. :/ also - "any useful additions" - I'm the original creator of the page, I'm fairly sure that I know what I'm doing... Zabidenu (talk • contribs) 12:14, December 8, 2014 (UTC)

The thing is that many of these names used by Konami's in-house artists in beatmania are used for one time only, so I figured that it might be better to combine them all under the artist's real name (which most of the artists use for their own independent projects as well). Zabidenu (talk • contribs) 12:02, July 17, 2015 (UTC)

- "...the Song headers must have Laveerre as artist" - check
- "...and the alias inserted using the alias param, not artist" - check
- "...must be moved to the Laveerre namespace" - I don't follow. I'd be eager to hear if this policy has been changed or something as I've definitely heard in the past that this shouldn't be the case... Zabidenu (talk • contribs) 21:04, September 21, 2015 (UTC)

And if you'd look further up on my talk page, you'd notice that I've responded to said confusion. ;) In all honesty, I don't see how either case is in any breach of how aliases should be used; feel free to prove me wrong (because I'm really not managing to find anything that'd support your case in Help:Contents). Zabidenu (talk • contribs) 22:52, September 21, 2015 (UTC)

Zabidenu does have a point ES. You're issue is with alias in namespace is due to having to include "albumartist=" in order to correctly link albums, correct? Because I'm pretty sure this is one of the issues 6's new Song template will fix whenever he finishes it, so I wouldn't be too hasty in moving the Laveerre songs (or any other aliased artists, for that matter). Patzilla777 (talk - contributions) 12:33, September 22, 2015 (UTC)

While contemplating DJ Kridlokk:S.O.D - INSTÖMENTALZ (2014) (lacking any external references) I stumbled upon

this.
Do you mind resolving the album page and indeed any similar misattributions you may have created? tia- ES (talk) 23:49, November 21, 2015 (UTC)

It's not a misattribution by any means. Your reference is another case of Discogs' rules being bent for digital releases; back when the album was still up on Kridlokk's Bandcamp, the title there was "EEVIL (mvda-fvkin) STÖ - S.O.D - INSTÖMENTALZ" (or something to that effect; note the Stöö attribution in the album title and not the artist field as it is on Discogs) with the artist being credited simply as "DJ Kridlokk", as is evident in how the album page is structured here. Zabidenu (talk • contribs) 06:32, November 22, 2015 (UTC)

"back when the album was still up on Kridlokk's Bandcamp"
Wayback Machine. There's your reference lol Zabidenu (talk • contribs) 06:45, November 22, 2015 (UTC)

And that Kridlokk is indicated as producer on

Instrumental ought to be a manifestation of the bending of some other rule, I imagine. In addition to the credits @

And that Kridlokk is indicated as producer on Instrumental ought to be a manifestation of the bending of some other rule, I imagine.
mb, not related to what we're discussing though
In addition to the credits @ not Instrumental, which also indicates the Instrumental album to be a different release of the non instrumental album, and Kirdlokk being the producer.
I don't follow at all... Please clarify.
The odd bit here appears to be the instrumental album page existing on LW....
How is this odd in the slightest? DJ Kridlokk:Lainaan Enkä Palauta Pt. 2 (Instö) has lyrics if that's what you mean.
tl;dr I don't understand how any of what you just wrote has any relevance to our supposed "issue" at hand. Zabidenu (talk • contribs) 07:13, November 22, 2015 (UTC)

Quote by Zabidenu: "I don't follow at all... Please clarify."
If multiple releases of an album exists, they don't get multiple pages (otherwise we would have thousands more album pages). In this case it seems to be sufficient to indicate on the the non instrumental album page that this album has also been released as an instrumental, which has the additional benefit of making the instrumental song pages indicated within the instrumental album page redundant.
"How odd is it in the slightest?" you ask... this odd! You created a page called it an instrumental and inserted actual sung lyrics in it! Isn't that odd in any language? Not that an innocent observer might not find your self reference: (referring to one of your own creations to justify your other creation)... pariton! must be odd in Finnish. hth --ES (talk) 07:44, November 22, 2015 (UTC)

Yeah it's the fact that I'm Finnish, we just lack the social and language skills the rest of the world possesses... forgive me.
Jokes aside, the differing release thing first: That's just Discogs's way of handling things. I added DJ Kridlokk:Maanalaisella Saundilla - INSTRUMENTALS (2013) to the site a long time ago as an independent release, and someone proceeded to make it a subrelease of Lommo & DJ Kridlokk:Maanalaisella Saundilla (2005). The same procedure happened to SOD (can't remember by whom though, which is why I referred to the Maanalaisella case first). I don't consider them parts of the same release in the slightest... because they just aren't the same thing. Moving on:
In this case it seems to be sufficient to indicate on the the non instrumental album page that this album has also been released as an instrumental (etc)
Not according to the guidelines here. Seems arbitrary tbh.
You created a page called it an instrumental and inserted actual sung lyrics in it!
What the artist considers an instrumental is out of my control. It's a supposedly instrumental version from an album that is advertised as an instrumental version of an album released earlier; seems appropriate to me. For that matter, the only vocals featured in that version are the sampled ones in the chorus of the original. Zabidenu (talk • contribs) 08:03, November 22, 2015 (UTC)

Please submit the necessary changes at discogs etc. I imagine your original edition there (as you claim) was not accepted by discogs (:community) and thus it was changed to it's current state.
The whole point of this discussion, (as is obvious in the footer links of every content page, and the subject line of this thread) is the reliance on external references, not the word of any editor (including admins). I would recommend going over your own past creations and inserting valid external references to justify the placement of pages (:correct artist name) While minding LW:PN regarding capitalization. I would only rely on the Way Back Machine if there was no other refs whatsoever. I trust you have been sufficiently informed. Happy editing --ES (talk) 08:51, November 22, 2015 (UTC)

Retrieved from "https://lyrics.fandom.com/wiki/User_talk:Zabidenu?oldid=29713455"
Community content is available under Copyright unless otherwise noted.