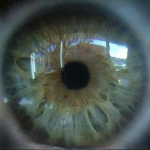 Regarding links within lyrics on Wyclef Jean:Thug Angels

Hi, links and other fancy formatting aren't recommended within the lyrics tags, as people who use third-party programs to grab lyrics would then end up links scattered throughout them. However, if you feel that these annotations would be useful, you can add them using {{CreditBox}}; for example, this edit on the Wyclef Jean:Thug Angels (Radio Edit) page. - OneTwoThreeFall talk 10:26, June 23, 2014 (UTC)

Um, I really don't think we should be making the lyrics less useful/convenient here on LyricWiki, in order to accommodate third-party users who implement scraping methods that (if I'm reading you correctly) ignore the fact that the content has no technical restriction regarding the inclusion of html elements such as links, formatting, etc. (By the way, the LyricWiki API seems to have a bug in that links are removed from the snippet post-truncating, rather than before.)
Even if they don't take that into account, i.e. if they do include wiki or html markup and parse it incorrectly, it likely wouldn't be a breaking issue, just a visual one; affected users would likely let their developers know the output is mangled, and the fix would be pretty straightforward. Essentially, I don't think we should be preventing the problems of fragile parsers from our side.
Besides the lack of a technical description, I'm not aware of a community guideline about such links. I personally find them very useful especially when dealing with lyrics describing cultural elements I'm not familiar with, and I'm sure many readers will too. But if there's such a guideline, please let me know and I'll of course heed it. --Waldir (talk) 02:27, June 29, 2014 (UTC)

What would you say about such job task scope: replace lang:pt into lang:br-pt for all artists in Category:Hometown/Brazil? --Senvaikis (talk) 09:05, May 16, 2015 (UTC)

I would say I need to learn to think big :-) Should be safe, I guess. Actually, I think I'll get started right now.
@Waldir: do you happen to use Autowikibrowser or some similar tool? Just guessing, from speed of edits + fact they stopped the moment I left above msg on your talk page… — 6×9 (Talk) 09:27, May 16, 2015 (UTC)

Thanks for the offer :) I am not actually doing it by hand, they're over 20.000 pages to process! I'm using AWB, indeed -- sorry that wasn't clear. Last time I used it was for a manual task, so I had deactivated the "using AWB" part of the edit summary. I'll reactivate it now.
And yes, Senvaikis, that's exactly what I'm doing :) compiling a single list of song pages for artists within Category:Hometown/Brazil without having to concatenate the 800-odd multiple lists by hand wasn't trivial, but I managed to do it with some google spreadsheets trickery. Now AWB just needs to do a simple find/replace job :)
Next I will process the Category:Language/European Portuguese songs (I already created the category), and finally, Category:Language/Cape Verdean Creole, my native language -- both of these will require more manual involvement.
Of course, let me know if there is anything I should change in my workflow. I tried searching for policies about mass edits, but didn't find anything. --Waldir (talk) 09:34, May 16, 2015 (UTC)

Oh, wait, someone deleted the European Portuguese category... I guess I should make the rationale clearer: the idea is to allow the main category to serve as an initial disambiguation hub, because otherwise it will always be a mix of European and Brazilian Portuguese songs. Does that make sense to you guys? --Waldir (talk) 09:36, May 16, 2015 (UTC)

You don't have to add AWB to the summary, I was merely curious. As for "European Portuguese": I see what you mean, but language categories should use the actual language names. I'd rather not have "German German" to distinguish from "Austrian German", "Swiss German" etc. — 6×9 (Talk) 10:18, May 16, 2015 (UTC)

Sure, but it's more akin to British English vs. American English than "German German". There is, for instance, a Wikipedia article on European Portuguese -- it's really a name that is commonly used, except when context makes the adjective unnecessary. Also, I believe it makes more sense to give it a separate category because if anything ought to be the default, it's the Brazilian one (indeed, most people who learn to speak Portuguese learn the Brazilian one). Finally, there's the logistic reason that there are simply more songs in Brazilian Portuguese, and they'd constantly drown out the European Portuguese ones in the root category as people simply put "Portuguese" in the template. Having a separate category allows, for instance, a language learner to pick songs in European Portuguese to practice (just to give a single example). --Waldir (talk) 10:29, May 16, 2015 (UTC)

I appreciate your approach, nevertheless I don't think we should introduce a separate category for European Portuguese, because if there's the necessity to distinctively point to a specific localisation, we can already manage by using subcats pt-br and kea.  · Lichtweber talk service  15:40, May 16, 2015 (UTC)

I totally understand that, and actually agree with it -- in theory. The problem is that, in practice, most people simply use "Portuguese" to refer to Brazilian Portuguese (proof of which is the thousands of song pages that were in the Portuguese category before I moved them, even though we have had the Brazilian Portuguese category for quite a while), so keeping things as they are only means continuous maintenance effort on our part, which can easily be avoided by using the top Portuguese category as a disambiguation hub where songs go that haven't yet been classified into one of the variants. I.e., the number of pages in the disambiguation category will be much less, and thus easier to process, if we keep the pages already identified as European Portuguese in a separate place. In light of this, I urge you to reconsider your position. --Waldir (talk) 16:06, May 16, 2015 (UTC)

Sorry, Waldir, but I also can't agree with you, for both methodical and practical reasons:

Now just for my curiosity - could you please list some essential differences between l:pt and l:br-pt, wich could be used by bot for these languages reliable detection? Do they exist at all? Otherwise, if HometownCat is the only detectable difference - then maybe l:br-pt is... redundant? --Senvaikis (talk) 19:58, May 16, 2015 (UTC)

[edit conflict] They're apparently different enough to be used for studies on automatic language identification… So at least in theory it's possible to leave maintenance to a bot. — 6×9 (Talk) 20:31, May 16, 2015 (UTC)

@Senvaikis, I tried explaining above why keeping the top category as both the host of European Portuguese songs and miscategorized Brazilian Portuguese songs means more work, not less, since there's no way to sort category entries by the date they were added to it, so any extraction of Brazilian Portuguese songs from the top category would require processing the whole bunch, rather than only the newly added since the last cleanup. The only sane way to do this is somehow filtering out the song pages from artists with Hometown set to Portugal whenever we want to cleanup the category and move Brazilian songs to their proper category, but doing that filtering requires external tools or bots, and would have to be done every time, while a separate category makes the separation explicit and allows anyone to contribute to the cleanup, without the need for special tools (and only needs to be done once per song page).
Also, a separate category would not be a lie -- it's just calling the language by its unambiguous name, like using the full name to distinguish two people with the same first name.
As for the redundancy: the main differences in the two languages aren't in the spelling, but in pronunciation. Then there's the cultural differences in musical styles, that the language separation correlates to. Clumping the PT and BR songs together deprives us of this extra data; there's nothing to gain from it. --Waldir (talk) 23:19, May 16, 2015 (UTC)

Seems like solving the issue by category is off the table. But I can see what you are trying to do and I like it. So here's another approach: How about we create a guideline for the Portuguese language, as a foundation for other language guidelines to come? What do you think?  · Lichtweber talk service  20:26, May 16, 2015 (UTC)

At first, the idea was to just provide a guideline for capitalisation in display text for different languages. But now I come to think that it was very useful if we had additional info about the specifics of certain languages. So the specifics you laid out here for us could very well (in a more condensed form, of course) be in a section Portuguese on this guideline. Would you be interested in contributing?
Best thing would be if we could make those guidelines bilingual: English/native.
Please see the draft page (still almost empty) and respective talk page.  · Lichtweber talk service  00:06, May 24, 2015 (UTC)

@W: Agree with the technical aspects of your reasonings, but still should confess - if being a Portuguese, I'd not like to see my native language titled as "European Portuguese"...--Senvaikis (talk) 10:01, May 17, 2015 (UTC)

Well, I happen to be Portuguese, and I can tell you that nothing annoys us more than having our variant of the language mixed up with the Brazilian one. Case in point: just yesterday this was posted to the /r/portugal subreddit, and most of the comments express frustration at this. Also, it's pretty common for us to refer to the language as "português europeu" or "português de Portugal" whenever the meaning isn't immediately clear from the context. It's really no big deal, and not an obscure denomination or something made up by pedantic academics, or anything like that. --Waldir (talk) 14:40, May 17, 2015 (UTC)

Retrieved from "https://lyrics.fandom.com/wiki/User_talk:Waldir?oldid=24137385"
Community content is available under Copyright unless otherwise noted.