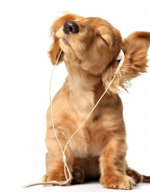 Ypu should write something on your blog — The preceding unsigned comment was added by InQuizitive (talk • contribs), 09:37, June 20, 2011.

Can I just check whether or not Darren Criss is going to be listed as a featured artist on Glee Season 3 songs. It's probably good if some consistency is held, whether that means removing the FAs from Warbler songs, or continuing to add them to new songs.     ǝsʞpɐןǝ  (talk page)  15:08, 21/10/2011

That's a good question. I'm assuming you're talking about the "fa" (vs. the "ft") notations. Before I started sort of maintaining the songs, I recall seeing a few examples where someone had listed any and all (within limits) artists in a song regardless of whether they were regular cast members or guest stars (see here and here). I kept that up because no one seemed to say anything otherwise. If you have any ideas, I'd certainly be open to any ideas. sssh 18:53, October 21, 2011 (UTC)

Now I don't actually watch Glee so I cannot give an experts opinion on this, but as far as I am concerned, it either needs to be everyone in a song, or just the guest artists. In the latter case, Criss should not be FAed in the Warbler songs, as he is now considered a series regular. In terms of choosing which method should be used, we should consider how many of the artist have pages which don't just say 'Glee Cast member'. Artists with pages which just say 'Glee Cast member' should not have really pages to start with. I cite Team StarKid as an example of this, where no artists are FAed on the song pages, as only Criss has any valid artist page. Thus, in my opinion, only guests should be FAed.     ǝsʞpɐןǝ  (talk page)  08:48, 22/10/2011

Just FYI, I was following a list like this for the FA in each song [1].
But anyway, sounds good. To be honest, I don't have a strong opinion either way...and I do acknowledge that the track listing FT and each song FA not matching may be weird and inconsistent. Instead of listing the people in the song, I suppose there could be a better job done in the lyrics of the song noting who's singing the solos. sssh 23:10, October 22, 2011 (UTC)

Jessica Simpson - Do You Know

ENG: You forgot to put yesterday's latest album cover of Jessica Simpson "Do You Know". I added it today. Thank you for your understanding. --Bibigon54 04:28, November 1, 2011 (UTC)

Well, the Mariah Carey song "When You Believe" is credited as a single off of Mariah Carey's album, not Whitney Houston's. I had the same sort of problem with this page with xxTimberlakexx. So, this isn't a first time thing. hard4me (talk) 20:53, August 13, 2012 (UTC)

I jumped at seeing a redirect to a red link :)
But that aside, a duet can be represented by tl|fa in tl|SongHeader, as you know. The idea being avoiding a whole lot of new artist pages for duets.
X & Y namespace is best reserved for collab albums like King & Clapton, Hooker 'N' Heat. But as long as the duet song pages you are creating end up linked on VA/Soundtrack/musicals, and no new artist pages are created, it's acceptable.--ES (talk) 02:12, April 28, 2013 (UTC)

Yeah, I understand, sometimes I jump the gun and work backwards a little, heh, will try to be better with that.
But in general, there are just certain duets that really can't be attributed to one artist or the other, like these two divas Mariah Carey & Whitney Houston:When You Believe. You can't even know how excited I was when tl|SongCollaboration was added! sssh 03:27, April 28, 2013 (UTC)

In case you didn't notice...

If you listen to the song, you'll see there's an added lyric in the middle of the song that is not in the original...it actually appears to be from another song, Run-D.M.C.:Jam-Master Jay (just them shouting their names, but still). Not only that, it is a remix. Maybe this makes sense.
From general practice around the rest of the site, seems fa is reserved for actual contributing vocals or instruments, like Britney Spears:Boys (Co-Ed Remix), not remixes of existing songs The Rolling Stones:Miss You (Dr. Dre Remix 2002). sssh 04:10, May 8, 2013 (UTC)

I came across a dupe Run-D.M.C. Vs. Jason Nevins:It's Like That, so I redirected, and added the fa to the better page, that's all! Whether fa is applicable or not is the next editor's issue. I neither listen to the song nor do I go randomly throwing 2ndry artists into song headers ;) You added verses to that song, not I! --ES (talk) 09:29, May 9, 2013 (UTC)

Featuring/Secondary artists/& or fa or not

On the issue of fa/and/with/&/vs. etc. (in every language, not just English): it is a way to indicate that there is a notable artist accompanying the primary artist, and it is used interchangabily. At mb I have come across same song and some versions say featuring some say vs. some say & or And. It makes no difference whatsoever whichever is used. For simplicity I use fa, unless the entire album is a collaboration. Examples:

Buddy Guy:Skin Deep (2008) It's Buddy Guy's album, so Eric Clapton (the guitar god that he has been all his life) goes into fa. and so does everybody else who appeared with BG on each song. BG is the album artist.
But...when we have an album entirely by two artists B.B. King & Eric Clapton:Riding With The King (2000), it is a collab album and both are album artists so every song is a CollabSong, no fa, unless a notable third etc. artist is indicated.
There is no policy (clear or otherwise) about using fa at lw. As new templates came to life, things changed. A very good example from our few real gold songs is Pink Floyd:Have A Cigar: vocals are by Roy Harper, but it is not in fa, it is in the credits section of the song, because back then we didn't have fa, and nobody bothered changing it ever since. So here is one example where the vocalist doesn't sit in the song header or if he/she does, it's only as fa. cheers

So we have two identical lyrics, question is which one to keep, and according to which reference, and what is the proper attribution:

Retrieved from "https://lyrics.fandom.com/wiki/User_talk:Sssh?oldid=32355849"
Community content is available under Copyright unless otherwise noted.