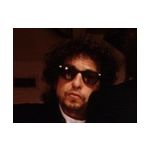 Hello SirDogg, let me first of all thank you for your great contributions to the Lyric wiki, you rock!
For the future: If you come across incorrect named pages please redirect them instead to create deletions requests, so other users who don't know the correct title get to the correct page

. Take a look at the corresponding help articles Deletion and Redirect for when to use the former or the latter. Greetings, --Fassbrause (talk) 10:40, August 2, 2015 (UTC)

I see you've done that already! Can the songs be removed from the Other Songs section after they are Redirected?
They won't pop up again?
(SirDogg (talk) 10:52, August 2, 2015 (UTC))

Hello, sorry a late response, I somehow missed your reply... Yes, once you've created the redirects you can remove the now redirected songs from the other songs section and they won't show up again

Hey!
I though it would be better if the album was solely on Mikael Wiehe, there is a few songs that was on earlier Wiehe albums. Also these songs are only written by Mikael Wiehe.
(SirDogg (talk) 09:56, August 11, 2015 (UTC))

Should I remind you, that according to lw:pn page titles are based on song performer(s), not author(s). The same lw:pn requires album title to be as close as possible to the titles, used on album cover. So, album should be renamed into Totta & Wiehe:Dylan (2006), and all songs - into Totta Näslund & Mikael Wiehe:*** imo.
Btw, Mikael Wiehe isn't an author of all theses songs, - be fair to Dylan ;) --Senvaikis (talk) 10:08, August 11, 2015 (UTC)

Am I able to change them or do I have to make an entirely different new article?
And when a song is featured on different albums, i.e. Mikael Wiehe:Ni Som Tjänar På Krig, will you be able to make links to these collaboration albums from the lyrics' page.
PS, I'm just trying to be a little fair to Mikael Wiehe, he must have spent alot of time transcribing Dylan's lyrics into Swedish ;P
(SirDogg (talk) 10:18, August 11, 2015 (UTC))

Nice! Thanks a lot, I'll keep this in mind for the future.
Did I do the right thing in adding a new article Totta Näslund & Mikael Wiehe:Längesen and then redirect the old one Mikael Wiehe:Längesen?
I'm no expert but I try to make the pages as good and correct as possible, I learn as I go along. I've read some of the Help Index, but it's a lot to remember.
(SirDogg (talk) 14:00, August 11, 2015 (UTC))

Yes, you did everything correctly, but there is also a shorter route to the same result.
Regarding Help reading: yes, our docs are far from being perfect, but believe me - careful study of help may save you a lot of time in the future :) --Senvaikis (talk) 16:37, August 11, 2015 (UTC)

just wanted to turn your attention that multiple your recent editions, contain misformatted iTunes. All pages, containing misformatted iT, become a members of Category:Invalid iTunes Link, - you may want to take a look at the documentation of {{ITunes}}.
he, --Senvaikis (talk) 18:44, January 11, 2016 (UTC)

Hey! Thanks, I'll keep that in mind the next time I make an album!
But what's Category:Soundtracks missing SType? I see the album page I made was put in this category.
Cheers, (SirDogg (talk) 18:53, January 11, 2016 (UTC))

I'm sorry!! I forgot those two! I made a few albums and had to double back and remove those last characters from the link. I'm just so used to adding links to song titles and there you don't have to remove anything. Again, very sorry! I'll get it the next time.
(SirDogg (talk) 16:13, January 13, 2016 (UTC))

Look, SD, - let's finally close this thread. You just added 5 new members to Category:Invalid iTunes Link. What's the matter? Something's wrong with your tools, your memory or with your sense of humor? :) --Senvaikis (talk) 12:43, January 14, 2016 (UTC)

Okay.. I went through a lot of the albums I've made and corrected the link. All of them had this same mistake. Strange though they didn't end up in the Invalid link category sooner, these are albums I created months ago.
If any other albums I've made should end up in this category, it's the ones I've missed going through them all.
This surely will never, ever, EVER happen again!! (SirDogg (talk) 14:12, January 14, 2016 (UTC))

Some of your alterations to this album, and the titles of songs within it, are incorrect. There are only five duets; Willie and Waylon sing three songs each, solo (as indicated in the text before the edit). --RWDCollinson (talk) 10:47, November 23, 2016 (UTC)

Yes, but the whole album is credited to both. I think there are numerous albums like this, where both artists are credited for the album but not on individual songs (although they may play an instrument).
Do you suggest I only make the duets to both artists and the other individual?
(SirDogg (talk) 10:56, November 23, 2016 (UTC))

I agree the album should be credited to both, but the text stating 'by Willie Nelson' and 'by Waylon Jennings' should have remained for the six solo songs, and the song titles for the solo songs should (as you say) not contain the names of the other artist. Here's an example (there are actually only three duets on this album, but you get the idea): Merle Haggard & George Jones:Kickin' Out The Footlights ...Again (2006).

The docs say that Gold songs should not be substantially edited without discussing it.

Understood. I won't touch the Gold songs.
Although I feel some of these line breaks are unnecessary, as the vocalist sings the whole sentence without breaks. I feel it should match the singing as close as possible.
I understand Aaron Lewis:That Ain't Country, which he sings with breaks. But many lines of Whitey Morgan And The 78's:Hold Her When She Cries is sung as a constant sentence without breaks, especially in the chorus.
(SirDogg (talk) 17:03, May 30, 2017 (UTC))

Hello. I just wanted to advise you that when creating cover songs, such as with Shooter Jennings' Chase, NeverEnding Story, and I'm Left, You're Right, She's Gone covers, it's bad practice to just copy and paste the lyrics from the original, as they may differ in the cover. This is such a case. I found the dialogue for the "Chase" cover, but the lyrics for the ILYRSG cover differ significantly from the Giorgio original. Your best bet is to transcribe those yourself, since I can't find a site that has the correct lyrics for the cover. Thanks. XxTimberlakexx (talk) (contribs)16:19, June 12, 2017 (UTC)

Hey! I DID transcribe I'm Left, You're Right, She's Gone, but now it's gone. Yes, I copied the lyrics from the original but I changed the lyrics where it was different from it. I always do.
If you can undo the deletion you will see.
I am listening through Shooter's albums right now, and as I do with all the artists I'm listening to, I edit the covers (and original songs) if they are different. If you look at my edits on the album Shooter Jennings:The Other Life (2013), I changes many song's lyrics as they were totally not correct.
The instrumental Chase was only dialogue, yes, and I figured it to be just an 'instrumental'. As spoken dialogue and samples are often used in instrumentals.

Thanks for clearing that up. At a first glance, it looked like a mere copy and paste. I restored the page. When I saw the page you created for Chase, though, I was inclined to believe you weren't listening to the covers. Dialogue is indeed a part of the lyrics and there's quite a bit of it in that song, so it deserves to be there. XxTimberlakexx (talk) (contribs)16:47, June 12, 2017 (UTC)

Retrieved from "https://lyrics.fandom.com/wiki/User_talk:SirDogg?oldid=32459609"
Community content is available under Copyright unless otherwise noted.