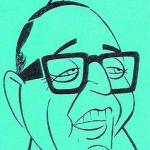 Songs that need your attention

I didn't quite understand your edit, since I added the song abiding the documentation regarding "other songs" (Other Songs).
Cheers, Securita (talk) 11:05, October 2, 2016 (UTC)

@Senv: I must say that it was me who asked for to delete the "Caetano Veloso & Gilberto Gil" page, because in my opinion they are mostly solo singers, but from time to time they make albums (and concert tours) together. So I think it is O.K. to put these albums in both artist pages. As one can see by the dates of release, there are long pauses between their collabs.
But I didn't want the deletion of that album. --Ignor-the-ant (talk) 22:37, November 24, 2016 (UTC)

If I mistakenly delete a release that is NOT redundant, then the bot will insert the orphan song on the artist page within 24 hours, and then I will restore the album. cheers --ES (talk) 09:33, July 28, 2017 (UTC)

Once again ES has over-reacted and applied a 3 day ban on Ignor-the-ant under the generic heading of ‘”Harassment’”. No Prior warning, discussion and no decent explanation. All this whilst hiding evidence [2] of her behaving in a way that certainly does not behove an admin. She did the same to me before banning me for a day in April by removing my response to her accusations [3], presumably to make herself coming out looking better. I have tried to point her to the Wikia documentation on what is expected of an admin User_talk:EchoSierra#Reaching_Out but this has seemingly fallen on deaf ears. I realise that the site is running short of admins and can ill afford to lose one as prolific as @ES but there must surely be some measure of sensibility and accountability when one is an admin ? DesPhagues (talk) 12:09, July 28, 2017 (UTC)

And let me quote your won words, from a prior hasty sub par intervention:

Quote by DesPhagues: "I shall leave it up to the gentlemen in question as to whether or not I have grasped the bigger picture."

Who is Related, and why?

Please See Edit Comment, If I have failed to point this matter out in the past, here is the reminder. Your massive Related artist lists in {{ArtistInfo}} of many many artist pages need a serious pruning... tia

Hi again
Have you ever been to imdb (internet movie database)?
Well this is lw, not imdb. I finally caught on to the root of your RA artist inclusions....

Musical artists and Bands
but, not for:
Screen artists, directors, composers, lyricists, etc..

You linked it to all the other pages, did you check its validity before such massive linking?, and inserted it into many many artist page ai boxes.Composers and lyricists are not valid in ai boxes, Have you grasped that yet, per chance? --ES (talk) 14:29, February 22, 2018 (UTC)

Mis-creation of Capinam:Ponteio (may not attribute song to lyricist)
to mis-create Capinam (may not create artist page for lyricist)
then you linked that page on:

Retrieved from "https://lyrics.fandom.com/wiki/User_talk:Ignor-the-ant?oldid=31661506"
Community content is available under Copyright unless otherwise noted.