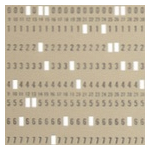 Thank you for your edit to the ナイトメア (Nightmare) page. However, the songs you added are by a different band with the same name and can be found at Nightmare.PhoenixBlitzkrieg (talk) 13:04, December 3, 2014 (UTC)

Thanks for fixing those tracks! I'm guessing that ÜberBot created them with the wrong prefix because at the time Nightmare was a redirect to ナイトメア; this bot's task was simply to list all songs attributed to an artist (whether correctly or not) on that artist's page, so they could then be dealt with. — 6×9 (Talk) 20:48, December 3, 2014 (UTC)

Constant duplicates into "Other Songs"

Hellow, I want to know if I can use a few the lyrics on a free app. The app displays ads. contact: ronaldhoeflin@hotmail.com

I've been deleting Sting's Other Songs as I've entered them into other categories. Have you been undoing my edits? Looksharp (talk) 23:24, August 20, 2015 (UTC)

Bot added a link to "William Holden Caufield" to the "Other Songs" section of the Too Much Joy page. That page title has a typo and should be deleted? Actual page "William Holden Caulfield" exists already. I'll research how to fix this, or you can just tell me. :) Kevinbehrens (talk) 16:52, October 20, 2015 (UTC)

What was wrong with the bang page Humungous Fungus? Why did you delete it?

Thanks for filling in the "audio" fields for all those songs. I searched for some of them again on Google, as I did before, and I still don't get any results. I don't know why you can find goear links and I can't. If we're in different countries, maybe that makes a difference.
—Looksharp (talk) 18:10, May 8, 2016 (UTC)

No, I'm referring to the times you have found goear links and I haven't. Lwt found more goear links yesterday/today for songs I had already checked. For example, if I google "Alison Krauss goear Ghost in this House", I get no goear results, but he found a goear link. For some reason, that happens with many songs.
—Looksharp (talk) 17:23, May 9, 2016 (UTC)

I'm a bit confused – 00101010 never added goear parameters anywhere…
You could narrow down the search by googling "Alison Krauss Ghost in this House site:goear.com", but all I get this way is 3 results for goear search pages, not the actual page. Does this link give you a useful result: http://www.goear.com/search/krauss%20ghost ? — 6×9 (Talk) 17:53, May 9, 2016 (UTC)

The bot keeps describing this as appearing on the album Jordan Smith:Something Beautiful (2016), which of course it doesn't; Newton is the original lyricist for the hymn, the first performance of which is lost in the mists of time. --RWDCollinson (talk) 13:33, September 4, 2016 (UTC)

What does 'bad accs' mean? You've just turned a bunch of pages violet (several of which needed to be retitled as collabs, but not all of them) for this reason. --RWDCollinson (talk) 09:46, October 17, 2016 (UTC)

"bad accs" was the original edit summary when that was the sole purpose. I forgot to update it after including "  " → " - " which in the end turned out to be about half of the edits.
As for how to deal with violet songs: check there are no Unicode control characters left (I didn't remove all, just replaced those where I could make an educated guess) and that all accented characters are correct (the majority should be fixed, but some were apparently mangled at least twice, and some might have been "semi-fixed" inbetween manglings). — 6×9 (Talk) 13:54, October 17, 2016 (UTC)

I just noticed that this page which I'm watching had an album removed from it's SongHeader. I can't see any reason why this would be done, since it is actually a well-known and widely released album. Neither the album which was taken out (Australian Crawl:The Boys Light Up (1980)) or the remaining one (Australian Crawl:Semantics (1984)) have a page on the Wiki, but both are featured on the artist page so I can't see why one was removed and the other one kept.

Unless there's something I've missed, can this edit please be reversed?

The album page was deleted, and so was the links to it on song pages. The album page was malformed (no song links). Please see our docs regarding album formatting. hth --ES (talk) 18:42, February 3, 2017 (UTC)

OK, thanks for the clarification. The album page has since been re-made (thanks to Lwt) so I'll add the album links back to each of the individual songs now. It seems like an unnecessary waste of time to delete and then add all this info again though... Geelcat (talk) 06:26, February 4, 2017 (UTC)

1. Songs of these albums need to move to the SOJA namespace:

What does the error invalid sh.album mean?

Docs: Formatting ArtistHeader:
If the artist's name is in a non-Latin alphabet, the roman parameter can be used to specify the romanized name. In this case, the artist parameter should be used as well, and should only contain the native name.
Versus: 42nd street edit. --ES (talk) 08:35, November 3, 2018 (UTC)

Hey I noticed that you (or your bot) have been removing all of my Watcher and Certified templates from Vision Éternel's page, its albums and its songs. I am the founding band member of Vision Éternel, and I am the one who added most of the information on those pages. So I thought that I was qualified to watch over these pages. Was I wrong to assign myself as a Watcher or did your bot remove them by accident or assumed it was spam?

Retrieved from "https://lyrics.fandom.com/wiki/User_talk:00101010?oldid=32330277"
Community content is available under Copyright unless otherwise noted.