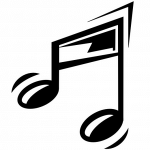 I'm about 25, male and from Germany.
My name is program. I am not limiting myself to any special genre of music despite that the harder stuff gets the majority of my attention in general.
I am open to any recommendation but be aware that most likely I've already listened to it anyway, haha. :)
You can also find me on twitter!

- contrasts! Deep male/high female vocals in alternation is fantastic! + it is not out of the box!

- long walks on (warm) sunsets with the girl of my dreams which doesn't want to be that kind of girl, haha

- Finland since listening to Ruoska, their music and their language is amazing/funny.

- coverartwork in non-pixelated quality on artist pages! Usually around 300x300px that's enough on a wiki.

- ice cream despite eating less and less for no obvious reason :o

Why Are You Here?

Well, as it happens I was searching for lyrics. That's it basically. LW might have its flaws but it's the best site with the widest range of lyrics of all kinds. Also, as a developer and IT student myself I like the idea of OpenSource and free Software. And what's more open than a wiki? After contributing without an account at first I liked to become a permanent part of it as well. This way I can do something productive with my time that might help others. And adding content is so easy that it's totally fun. ;)

I know I'm far from being perfect by using a wiki and make mistakes myself but still there are some specific things to mention anyway as I can be pedantic nevertheless:

- Do not censor any words like shit, fuck and others. I will hunt through your contributions-list and fix this. I will not discuss this topic with you. Here on LW there is no room for censorship. Period.
- When uploading Coverartwork put at least the artist name in the filename. It is very, very likely that there is another album with the same name what could lead to problems. I prefer "Artist - Albumname.jpg" (with a hyphen between Artist and Albumname). Even though that capitalization of Artist/Songpages is relatively strict, I discovered this is different on files. Still, I prefer consistency and will capitalize as usual and ask you to do the same. It just looks nicer that way, doesn't it?
- Use ' instead of ´ or any other apostrophe-like sign for words like don't, won't, I'm etc. ´ is an accent sign for é etc. Only ' is the trve apostrophe! \,,/
- I like the {{Song}} Template filled out with the album the song appears on. I try to accomplish this from 'now' on on bands that I listen to on a regular basis that put out new records and could fix your 'mistake' in this case very fast. As well as on other pages when I'm editing them anyway..
- I think a discography of red-linked lyrics is better than just one album out of six. Red links encourage people to participate as they don't have to handle any templates for records. And drive-by users can just fill 'em in in no time. (Make fair use of this. When you know the lyrics by yourself, put them in there instead of flooding wikia with red links!)
- High page ranking i.e. gold status is a nice thing to achieve but there are more important things than that. Therefore don't shout at me cause I ruined that status that you've achieved for a band.
- Officially printed lyrics in booklets tend to be not lip synchron at all - nor correct whatsoever. Please keep in mind that on LyricsWikia lyrics should be lip synchron. So please double check the lyrics by listening to the song for example while typing/copying.
- It is okay for me to abbreviate i.e. a chorus that is repeated several times with a number like "x8" but only as an exception. I think lip synchrony is more important than the shortest way of writing lyrics!
- Please refrain from putting "[Chorus:]", HTML Tags like <i> or any non-lyrical information in the lyrics. Nobody cares about a guitar solo by musician X. It has nothing to do with the lyrics but rather breaks scripts reading and displaying those lyrics and it makes me wanna go on a rampage because I have such a script.
- Sometimes (for me as a German rather a lot) the lyrics are not in your native language, or they are but still you don't get all the words that are sung for whatever reason. Therefore be nice when you discover grammar mistakes (don't wanna know how many I did on my profile here, ha! :D) or gaps with "(??)" made by a user. He/She contributed most likely as good as he/she could, appreciate that. It's after all a wiki where everybody can contribute and improve. :)
- Be nice, respect others and their opinions and don't be an elitist dickhead who thinks he has to be treated like a superior being cause he has rare lyrics or more knowledge. :)

..when you're to lazy to read that bloated text above, here the short version:

- no censoring of offensive words in any way
- Coverartwork in about 300x300px, "Artist - Albumname" as names, usual capitalization of filenames
- ' as the only trve apostrophe, not ´ or others
- {{Song}}-Template filled with the album the song appears on
- discography with red links encourages people to participate - doesn't mean to flood LW with red-links!
- Lyrics should be lip synchron
- Double-check lyrics printed in booklets, they are mostly not correct
- abbreviations only as an exception, "x3" is no exception, lip synchrony is more important
- No HTML Tags or non-lyrics information like "guitarsolo by"
- Appreciate people's contributions even if they leave gaps, do grammar mistakes and so on - be happy they did the major work for you and fix their errors with a smile.

Chromium - Best band I know from South Africa, their topical record is #3 on my Top 5 Best Records 2011
CellOut - Supergroup from Sweden, quite good!
(Die!) (split) - Actually [die!] (German article 'die' (female equivalent for 'the' or plural 'they') and doesn't mean to die or something). One of the best German Industrial out there but with a name that makes them unable to find and brings issues to websites like LW..
Devastating Enemy - Incredible new band from Austria. Combining the genres Metalcore, (Brutal) Death Metal, Deathcore, Alternative Metal, Groove Metal and a good portion of Thrash into a unique sound that blows your mind off.
End Of You - Melancholic music and from Finland. I love Finland! <3
GoleM - Basically. It was rather abandoned under the name "Golem" but the Italian one (which the side applied to) is spelled GoleM.
Hackneyed - Best German Death Metal you can imagine from some youngsters with massive amount of talent
Haertefall - Pretty darn good Dark Metal. One of the best newcomers from Germany!
Maerzfeld - Rather mediocre Rammstein copy. But, well..
NulldB - Nice thrashy Metal with German lyrics, reminds me of Stimpack
One Without (split) - Giving away their last record for free, but not sure where anymore after shutting down the official site
Renegade Five - Picked it up, actually, with one song in the Others section. Groovy Rock from Sweden.
Rêverie - Another new German Dark Metal band. Hexe is one hell of a song. Not to be confused with Reverie (no ê in it) that's among others a Black Metal band.
Stahlmann - Rock version of Rammstein, still pretty good! Fellow citizen Salandas tries to achieve/maintain a high ranking here.
Stardown - Nu Metal from Russia
The Reaction - Commercial Nu Metal but pretty enjoyable
Vortech - Some Industrial Death from Finland. Exists since 2000, including giving away their stuff for free! Get it, it's unusual but refreshing.

I have my eyes on these future releases (click 'Release' at the top to sort 'em for a better overview).

Important Resources Or 'What Do You Use For Filling Wikia?'

Help:Contents - always looking something up here that I always forget.. >_>
More specific: Help:Contents/Editing/Cheatsheet
spirit-of-metal
coverartwork.org
Some things else but I'm too lazy right now to fill'em in.

This is a LyricWiki user page.

Retrieved from "https://lyrics.fandom.com/wiki/User:MusicAddict?oldid=15855945"
Community content is available under Copyright unless otherwise noted.