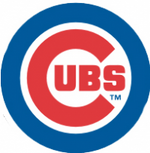 I was born in Raleigh, North Carolina. In 1998, I moved to Upper St. Clair, PA, which is a township of Pittsburgh. I currently live in California. My paternal grandfather won the Pulitzer Prize for History in 1979.

For those of you who live under rocks, my user name comes from my favorite sports team, the Chicago Cubs; after a 108 year championship drought, they won the World Series in 2016. And speaking of the Cubs, I was at the Cubs/Giants game in San Francisco on August 7, 2004 when Greg Maddux won his 300th game.

I love classic rock music, and while I have a lot of favorite bands, my favorite favorite is Cream. Other faves include a lot of the British bands: The Beatles, The Yardbirds, Blind Faith, Derek & The Dominos, Clapton's solo stuff, Deep Purple, Rainbow; a few acid rock/heavy metal/hard rock bands: Guns N' Roses, Mountain, Iron Butterfly, Scorpions, UFO, and Foghat. I also like a lot of the Southern rock bands: Blackfoot, Molly Hatchet, Lynyrd Skynyrd, the Allman Brothers, and the Outlaws. And while I don't quite understand the concept of it, I like a few progressive rock bands such as Emerson, Lake & Palmer, Kansas, and Yes.

My favorite song is Cream's "Sunshine of Your Love," although the Outlaws' "Green Grass & High Tides", Rainbow's "Man on the Silver Mountain", UFO's "Lights Out" and "Rock Bottom", Ted Nugent's "Stranglehold", and the Amboy Dukes' "Journey to the Center of the Mind" are pretty close runners-up.

Retrieved from "https://lyrics.fandom.com/wiki/User:Cubs_Fan2007?oldid=28431851"
Community content is available under Copyright unless otherwise noted.