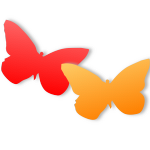 This is a finely crafted, hand-made song of natural beauty. One of the kind you hear rarely these days. The melody and rhythm are awesome. I especially love the instrumental part in the middle - going from accoustic guitar to piano to saxophone. The lyrics are a yearning for music with a heart and soul.

This jazzy pop tune shows The Beautiful South at their best. Sung by Dave Hemingway and Briana Corrigan, it does not actually have a chorus but is set up as a dialogue between a man and a woman whose relationship is about to break apart. The witty video - which got a Brit award in 1991 - shows the couple in a devastated house after a fight. video

This is the song that introduced me to The Hooters and made me a fan. More than twenty years ago this song made its way straight to my heart and opened it for the music of The Hooters. It is a perfect blend of folk and rock. It has a special feeling to it that is difficult to describe - mysterious, warm, melancholic, wistful come to mind. The lyrics are about not giving in to addictions. video

This is a true classic covered by the likes of Miles Davis and Eva Cassidy. It was written by Cyndi Lauper and Rob Hyman of The Hooters while working on her debut album She's So Unusual. Actually, the album was almost finished when its producer suggested it needed one more song. So Cyndi and Rob - who also played the keyboard and sang backing vocals on the final track - sat down at the piano and wrote this song. The result is a beautiful ballad with a haunting soft reggae rhythm. video

From their album The Seventh One, this song has always had me listen in awe as it is so poetic and tells a touching story. As awesome are the vocals on this wonderful track - provided by then lead singer Joseph Williams (son of famous film composer John Williams). This is one of the best voices rock music has ever had. audio

Retrieved from "https://lyrics.fandom.com/wiki/User:91.49?oldid=11292628"
Community content is available under Copyright unless otherwise noted.